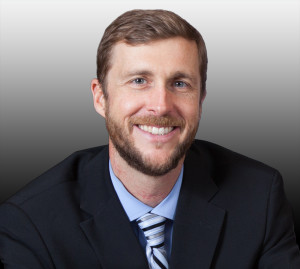 Troy Hendrick is an experienced and creative trial lawyer in DeKalb County, Georgia. Troy’s firm has been operating from the same office in the shadow of the DeKalb County courthouse for 10 years. He is a former prosecutor with an impressive and constantly growing resume who has handled thousands of cases from DUI, drugs, violent crimes, traffic and civil cases, and many others throughout his career.

Troy has always been connected to the country’s roadways. He spent several years before his legal career using his undergraduate journalism degree as a motorcycle travel journalist for the national magazine publication RoadRunner Motorcyle Cruising and Touring. Troy feels strongly that this career contributed to his ability to understand people of all walks in this diverse country. After all—it is people who end up in the jury box. All too often, egotistical lawyers treat jurors like an audience that is there to watch and learn from them. Troy learned that if you don’t understand people, if you don’t listen to them, if you can’t see things the way they do—they’ll never trust you. At the end of the day, it’s Troy’s sincere passion about and understanding of people that makes him a winning trial lawyer.

In addition to Troy’s impressive career as a traditional criminal defense attorney, Troy pays homage to his roots on the roadways in the law firm—his employees maintain the largest traffic defense division in the State of Georgia. The experience of the office Troy created 10 years ago is unsurpassed in traffic defense. Troy’s traffic defense division has been around longer than others in the same field have been practicing law.

Additionally, over the years, Troy expanded his persuasive trial tactics to Personal Injury and Accident representation. Troy’s understanding of the laws of the roadway, his experience of putting hundreds of thousands of miles on a motorcycle, and his extensive and detailed understanding of traffic accidents through the traffic defense division all provided perfect experience to put his skills to work for those injured in auto accidents and other personal injury claims.

Troy has lectured for the Prosecuting Attorney’s Council, the Judges and staff of the now-defunct (thanks to Troy, see below) Dekalb Recorder’s Court, trained law enforcement officers in search-and-seizure law, and been a guest on the Midnight Trucking Radio Network answering legal questions from professional drivers all over the country, and is frequently contacted for expert opinions by local news media.

Troy has spearheaded multiple cases through litigation with separate values and recoveries for his clients in excess of one million dollars, including negligent security and serious motor vehicle collisions. Troy has been named a Georgia “SuperLawyer” by Thomson Reuters every year since 2018 in the area of Personal Injury. Since 2012, Troy has annually been named one of Georgia’s “Legal Elite” by Georgia Trend Magazine as selected by his peers in the legal community, and was named a “Rising Star” by Thomson Reuters’ “SuperLawyers” publication for 2014, and again in 2015 (superlawyers.com). In January of 2015, Troy was awarded the prestigious “President’s Commitment to Justice Award” by the Georgia Association of Criminal Defense Lawyers for his solo litigation which resulted in the dismantling of the state’s biggest traffic court, the DeKalb Recorder’s Court. In addition to his membership in good standing with the Georgia Bar, he also belongs to the Georgia Trial Lawyers Association (gtla.org), and the Dekalb County Bar Association, and maintains a rating of “Superb” on Avvo.com.

Although Atlanta is now his permanent residence, Troy is a North Carolinian and spends much of his free time outside in the beautiful mountains of North Carolina. He graduated from UNC-Chapel Hill, and from law school at Wake Forest University. His hobbies include mountain biking, fly-fishing, motorcycling, whitewater paddling, and pretty much anything that gets him outside in the “high country.”

A message for our valued clients and guests.Please click to read our Coronavirus (COVID-19) Update

Joseph Henry was very professional and reliable. When other attorneys felt they could not help me with my issue, he came with answers to resolve my problem. Mr. Henry not only gave me answers but explained why courts came to their conclusions. He kept me informed about everything. He has experience in both being a prosecutor and a defendant attorney, which gives his clients an advice because he knows how either side will think. I highly recommend anyone with a court issue to contact Mr. Henry. If he doesn't have the answers, he will find a way to acquire them. - Antione
You guys rock. Made this very simple. Many thanks - D.C.
I would like to thank you and your staff for your time and effort taking care of my speeding ticket! I will definitely recommend you to anyone I know for their ticket problems, as well! Thanks - A.T.
Great Lawyer! Throughout my experience with Joseph as my attorney, he was very professional and He provided very good legal advice. He helped me get the deal that I preferred. He was very attentive while dealing with the case and was sure to present my character in a way that yielded the best possible results. Overall it was an excellent decision to pick Joseph as my lawyer he showed both experience and professionalism. - Avvo.com review from 5/20
Dear Troy, I wanted to let you know that your team has exceeded my expectations and those of my husband's. We are more than pleased with the outcome and will be highly recommending your services. I hope not to need your services again :), but would definitely call you first. Thank you very much, T.H.